Resources to Help You Navigate the Regulations.

Below are a few quick links to resources found on OSHA’s website.

Construction Industry
The information, tools, and resources provided in OSHA’s Construction Industry web pages are designed to assist those in the industry – whether worker or employer – to identify, reduce and eliminate construction-related hazards.
Preventing Heat Illness in Outdoor Workers
Heat illnesses and deaths are preventable. Employers are responsible for providing workplaces that are safe from excessive heat. Learn more about OSHA’s campaign to prevent heat illness in outdoor workers.

What is heat illness?
How can it be prevented?
Who is affected?

Prevention Videos: Construction Hazards
Construction workers engage in many activities that may expose them to serious hazards, such as falling from rooftops, unguarded machinery, being struck by heavy construction equipment, electrocutions, silica dust, and asbestos.

OSHA’s videos are intended to assist those in the industry to identify, reduce, and eliminate construction-related hazards.

Safety and Health Topics
OSHA’s Safety and Health Topics provide information on specific safety and health hazards. These web pages provide information on hazard identification and control, as well as existing OSHA standards where applicable and can be helpful to employers in complying with OSHA standards.
OSHA-Approved State Plans
OSHA covers most private sector employers and workers in all 50 states, the District of Columbia, and the other United States (U.S.) jurisdictions either directly through federal OSHA or through an OSHA-approved State Plan. State Plans are OSHA-approved job safety and health programs operated by individual states instead of federal OSHA.

The following states or territories have OSHA-approved State Plans that cover both private and public sector workers: 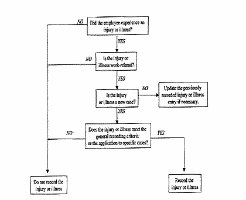 In 1938, the Department of Labor produced a film titled “Stop Silicosis.” Secretary Frances Perkins concluded that silica dust was dangerous, and can be prevented.

The Division of Occupational Safety and Health (DOSH), better known as Cal/OSHA Regulations

The CDC is one of the major operating components of the Department of Health and Human Services. As the nation’s health protection agency, the CDC saves lives and protects people from health threats.

The CDC website provides up-to-date information on diseases and the flu, healthy living tips, emergency preparedness, workplace safety and health, and much more.