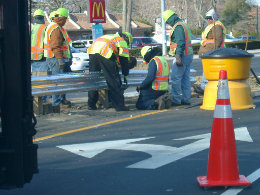 Every year in the spring, National Work Zone Awareness Week (NWZAW) kicks off the start of construction season. This awareness drive encourages safe driving through highway work zones. The week is celebrated nationwide, and the kick-off event is held in a selected state.

Why is work zone safety important? Just take a look at a few of these statistics from the Missouri Department of Transportation:

» In 2017, 13 people were killed in work zone crashes on state system routes and an additional three on the local system, for a total of 16 fatalities.

» Between 2012 and 2017, 50 people were killed in work zone crashes on state system routes and an additional nine on the local system, for a total of 59 fatalities. 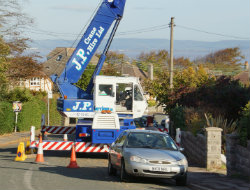 This campaign encourages motorists to slow down as they drive though or past work zone areas.

Driver inattention is one of the top causes of work zone crashes. Maintenance vehicles can move very slowly, as slow as 10 mph. When a driver is more focused on texting, talking or some other activity, he or she may not realize the road is under construction and have to break quickly; sometimes not having enough time to stop.

Other contributing factors for work zone crashes include:

“Any time highway workers are present on a Missouri roadway – whether it’s a long term lane closure, a moving operation, or shoulder work – your safety and the safety of those workers depends on drivers’ focus and attention. The state Slow Down and Move Over law includes MoDOT vehicles parked with amber/white lights flashing. Motorists are required to slow down and change lanes when approaching MoDOT vehicles or law enforcement and emergency vehicles with lights flashing.”
Source: MoDOT Work Zone

The law is simple: If you see flashing lights on the side of the road, move over to give workers and emergency personnel plenty of room to stay safe.

Read more about what this law means: Hit A Worker Law & Penalties.

Expect the Unexpected. Slow Down. Pay Attention or Pay the Price.

Pay Attention in Work Zones. Or Pay the Price.

This blog, originally posted March 23, 2015, has been updated with additional sources and information.

Linda Light
Twitter
Linda Light, Safety Expert and OSHA-authorized trainer, has more than 20 years' safety training experience focusing on workplace safety and OSHA compliance. Linda provides training for 10- and 30-hour General Industry and Construction OSHA requirements. She'll show you how putting safety first in your plan pays in the long-term for your organization.